Interview with Nyaniso Siyana, Chairperson of LRS Board

Interview with Nyaniso Siyana, Chairperson of LRS Board 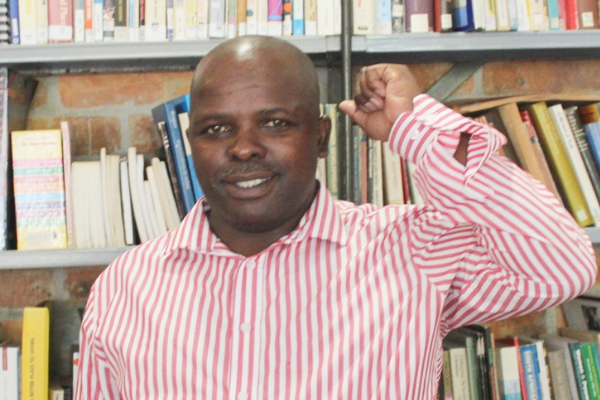 Long-serving Chairperson of the Board of  Labour Research Service (LRS), Nyaniso Siyana, speaks about the impact of LRS and the state of workers’ education and the trade union movement in South Africa. A veteran unionist comrade Siyana has served in various leadership positions at the National Union of Metal Workers of South Africa (NUMSA).
What’s the role of the LRS board?
The LRS board performs an oversight role. It’s not our job to interfere with the work of the organisation and the Executive Director. We ensure that the organisation is functioning effectively and is accountable. We support good policies that attract and keep good people and partners at the LRS. Accountability is important in organisations, especially when you’re dealing with donor funding and people. It’s also important to ensure that the organisation stays true to its mission and vision.
Is the LRS fulfilling its vision and mission?
There’s a deliberate effort to ensure that the LRS vision and mission permeate policy and programmatic decisions. The LRS has stayed focused on its vision of providing relevant services to trade unions – providing information and support, building capacities and responding to new challenges in the labour movement. The staff are committed and passionate and this is exciting from the board’s point of view. But there are challenges, including the depressed funding environment affecting nonprofits in South Africa. The LRS is doing its best and managing to weather the storm. I can tell you not very many nonprofits are performing as well.
What’s the impact and relevance of LRS support to trade unions?
There’s no disputing the powerful and transformational impact of the core work of the LRS. LRS research, information and support have increased the ability of trade unions to effectively represent workers, and improve the capabilities of organisations. Unions that use LRS resources are benefiting in a big way. For instance, negotiators are better informed and more strategic in collective bargaining processes. The LRS trade union constituency should consult more on core issues such as collective bargaining, decent standard of living, company research, the future of work, using labour legislation to support bargaining strategies, just transition, trade and gender equality, just to name a few.
Why is it important for unions to use LRS resources and share information?

We are aware of the need to address information and skills asymmetries in collective bargaining in South Africa. For over three decades, the LRS has stayed true to its objective of being a research and educational institution of a public character that provides support to the trade union movement. I am proud of the diverse and yet focused work of the LRS and the contribution it makes to trade unions. I know of no other labour support organisation in South Africa that is membership-based. I know of no other labour support organisation that has its member unions elect the board of directors at an annual general meeting. We should be proud of this. All member unions should use the existing resources to their advantage and assist in popularising the functions and work of the LRS and continue to share information with the organisation.  Together we can accumulate knowledge and improve our strategies. This will strengthen the existing capacities of trade unions and develop worker leaders capable of representing workers in the changing workplace.

What’s the current state of workers’ education?
There’s a change of understanding of what unionism stands for, compared to when the LRS was established.  Then workers were conscious. You’d get a job today and tomorrow you’d be looking to join a trade union. Workers knew they had to protect themselves. There was solidarity and workers united against errant employers. There was an understanding that an injury to one was an injury to all. Now unions have to be aggressive in recruiting members because many workers do not understand the benefits of joining a worker organisation. Yet, the same workers are not arming themselves with the knowledge they need to protect themselves in the workplace. How can you protect yourself if you don’t organise and consciously learn? After 1994, there was a demobilisation, a laxity, a letting of guard down by people who think our society is completely free. Employers have preyed on our laxity post-1994. But the reality is now hitting home and workers are rising up to claim their rights. The evidence is in the number of strikes now compared with the early period of our democracy (1994-96).  And unions are continually seeking the support for renewing their organising and bargaining strategies to represent members better.  The slogan of the LRS sums it up – Knowledge is too important to leave in the hands of the bosses. Education must continue. Workers with increased knowledge, capacities and capabilities have a better chance of dealing with old and new challenges at the workplace.
How does NUMSA promote workers’ education?
NUMSA haa units that deal with various topics, for example, collective bargaining, disciplinary hearings and mediation. We’ve kept up political education to raise the levels of consciousness. We have vibrant political forums where workers meet to discuss specific issues with the goal of finding responses. The primary role of a trade union is to defend and support the struggle of workers to claim their rights. We live in a capitalist society and we certainly don’t want to replace it with another. As a union, we ask our members to be politically conscious – to understand the implications of being where they are located and to have discourse, which should lead to actions.
What kind of information are unions lacking?
The LRS thematic focus is spot on and responds to the current concerns of labour. As unions, we need credible and independent labour support organisations to spur and support strategic thinking in a rapidly changing context. Take the process of the National Minimum Wage Act. Workers were not left behind completely. (The Minister appointed the Executive Director of the Labour Research Service as a Commissioner to the National Minimum Wage Commission, representing the interests of labour).  The national minimum wage established a wage floor in the most vulnerable sectors of the economy. But this wage floor isn’t a living wage and we need to continue the discourse and ensure every voice of the worker is heard.  There’s nothing about us without us.
Have unions made strides in improving gender equality and women’s representation in leadership positions?
Unions have made some gains on this front and have gender policies. But we need to move beyond the rhetoric and ensure education and policies are implemented and improved. We must move beyond putting women in key union leadership positions just to fill quotas. We want to see more women elected for their merit, and these efforts must reverberate in our society.
* The LRS board comprises the Executive Director and six board members elected by our 15 member unions during the Annual General Meeting. The Board advises on matters of policy, accountability and transparency.
RELATED ARTICLES