The easing of restrictions as South Africa entered lockdown level three on 1 June 2020 hasn’t translated into a better life for workers, even though more industries were opened. In fact, they have had to face salary cuts, retrenchments, layoffs and even death.

The Municipal and Allied Trade Union of South Africa (Matusa) says three municipal workers have died of the coronavirus in the Stellenbosch Municipality. The municipality says 11 employees and councillors have tested positive for Covid-19.

According to Matusa general secretary Kurt Ziervogel, “most municipalities are in denial. They have started trying to keep all coronavirus cases quiet so that numerous workers do not go into self-isolation.”

Ziervogel says it is likely the infection spread from a housing maintenance crew. “The workers went into a house with a leaking tap – which is not a priority under these circumstances – little knowing that there was a positive person who should have been in isolation. The workers are forced into this kind of situation every day. If they refuse, they are charged with insubordination and threatened with no work, no pay.”

Matusa has demanded that workers who have to go into the community should be given goggles and all-in-one plastic suits to work in. Until the workers get proper personal protective equipment (PPE), Matusa has instructed its members to refuse to work if they feel unsafe. Ziervogel says union members had to hold work stoppages before they were provided with PPE and sanitisers at the Bergrivier and Drakenstein municipalities in the Western Cape.

“The union says we must do everything possible to prevent municipal workers from contracting Covid-19, but managers have a different approach. Every time we say workers are at risk they prefer to tell us that workers cannot possibly contract Covid-19 in their work. As a result, we had workers digging in drains of raw sewage who were only given ordinary gloves that sometimes ripped as soon as they put them on. It was only after the union protested that they were issued with heavy-duty arm-length gloves,” says Ziervogel.

“We have never hidden the fact that there are municipal officials who have tested positive,” says Stellenbosch Municipality spokesperson Stuart Grobbelaar, “and we have confirmed positive cases to reputable publications since the start of the lockdown.”

Grobbelaar says “officials are kept abreast of developments through memos and meetings with line managers, supervisors and directors”. But he would not confirm whether workers are told when a colleague tests positive.

In response to a supervisor in the Solid Waste Department who tested positive for Covid-19, he says, “All the necessary health protocols are being followed – work spaces, vehicles, trucks, restrooms, kitchens and offices have already been sanitised and cleaned. All officials who were in contact with the individual will be screened and questioned by health workers from the Department of Health who are in charge of tracking and tracing protocols.”

But that’s not what workers say. “[The] Stellenbosch Municipality is forcing us to work but two of our colleagues … tested positive. They are lying to the community, saying it’s only one. They don’t screen us. They don’t test us. They want us to come and infect the community while saying they are going to hire a print truck for [the] white community,” says a worker Ziervogel referred to New Frame.

The municipality is hiding Covid-19 positive cases, Ziervogel says. “Our office is inundated with calls from members. We don’t buy Grobbelaar’s statement. Workers in law enforcement, maintenance, water works and solid waste know that when workers are tested positive, two days later the municipality calls their colleagues to go back to work. When colleagues of an infected person say they need to self-isolate, there is a manager who tells workers his doctor informed him that it is okay for people to come back to work after five days’ quarantine.”

Meanwhile at Macsteel, a steel product manufacturing plant in Bellville, Cape Town, workers went on strike for a week after employers cut their salaries by 20% without warning.

Macsteel applied for an interdict against the strike but this was dismissed by the labour court, which said that a “salary is a quid pro quo for work rendered and any change that has the effect of changing an employee’s salary or remuneration package constitutes a change to terms and conditions of employment”.

The National Metalworkers Union of South Africa (Numsa) settled the strike and employees returned to work, only for the union to be confronted with a section 189 notice to retrench a few days later.

In the Eastern Cape, the Sundays River Valley Workers Forum, based 80km outside Port Elizabeth, says many workers in rural guest houses were retrenched when the level three lockdown began. “These bosses are jumping the gun. They have been cushioned by the government through various schemes and thus any attempt to retrench workers now on the side of bosses is opportunistic. Secondly, we think that the stance that is taken by the bosses now will worsen the national crisis of the disease, poverty and unemployment. And, in our view, the bosses should think and act in the national interest,” says Simphiwe Dada, a Workers Forum coordinator.

In Port Elizabeth, the commercial crimes unit is now investigating a case of fraud against Lear, an auto parts factory, after about R6 million was paid by the Department of Labour to the company for UIF Covid-19 temporary relief, but none of the money was paid over to the 200 workers at the company.

Luvuyo Ponase, regional spokesperson of the Economic Freedom Fighters (EFF), says, “We will expect the full might of the law to fall on the implicated culprits [the employer].”

Returning to no work

In Johannesburg, Numsa says about 60 workers at the Kusasalethu gold mine in Carletonville have been stranded at their hostels with no money for three weeks. This is after their employer, Harmony Gold, called them back from lockdown only to tell them once they arrived that there was no work for them.

“To make matters worse, they did not receive their full salary for April. With nowhere to go, workers had no choice but to remain in the hostels where they are unable to practice social distancing, and worse, they do not have sanitisers. We condemn mine management for treating workers in this way. All that matters to them is profits, and they are not concerned about the dangers this is posing for workers and the community at large,” says Oupa Motebang Ralake, Numsa’s regional secretary.

Local organiser Lennox Tshisa says the workers had also not received any payments from the Covid-19 temporary relief scheme. “Instead these workers were given 30% of their salaries and told this was a leave payment. We are going to challenge this. You cannot give people leave without their consent and then pay them only 30%,” Tshisa says.

But Sihle Maake, group communications manager for Harmony Gold, says the mine had not recalled the workers who arrived back during the travel amnesty week in May after lockdown level five was lifted.

“The employees mentioned … don’t possess the critical skills currently required at the operation, which is still working at the reduced capacity of not more than 50% as per the government regulations. They were advised to remain at the hostel pending the government’s upliftment to level three, which we are now on, and Harmony is following a phased approach in recalling employees back to work to ensure their health and safety,” Maake says. “Our hostels are not crowded, and they have their single quarters. The safety and health of all our employees remain our ultimate focus, and we will not allow Numsa to sketch any picture to the contrary.”

Meanwhile, the Motherwell Community Health Centre in Port Elizabeth was shut down on 18 June after 15 staff members tested positive for the coronavirus. South African Federation of Trade Unions (Saftu) regional secretary Mzikazi Nkata says health unions have been in a “long fight” with the clinic’s management over a shortage of PPE.

“This is a crisis and very painful to health employees because workers find themselves neglected and [fearing] for their lives,” Nkata says. “Workers [are] always being pushed to fight for simple things [such] as their basic needs. Also, Saftu is disappointed by the fact that there is not even follow up care for health staff that test positive of Covid-19. It is only through the help of Nelson Mandela University that we could source psychological help for health employees and even their family members. All this is clearly showing how health facilities fundamentally are in collapse with no proper management.”

This article was first published by New Frame. 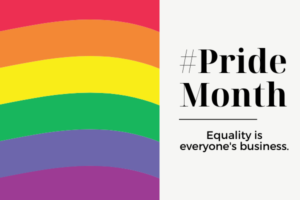 Workplace rights belong to everyone – Addressing homophobia in the workplace 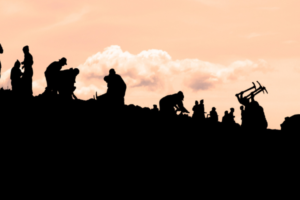