Tell them you know how much the boss is really earning

Tell them you know how much the boss is really earning 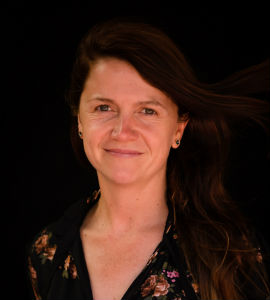 The South African Multinational Corporations in Africa: Bargaining with Multinationals booklet will assist union negotiators to use company information in their bargaining with the management. Authored by Marie Daniel (pictured), this booklet is made possible through the support Friedrich-Ebert-Stiftung Trade Union Competence Centre for Sub-Sahara Africa (FES TUCC).  In this interview, Marie speaks about the research in the booklet and how trade unions can use it to bargain with companies to address the challenges in the future of work.

Multinational companies often argue that they create jobs and boost local economies. But your research points to evidence that in Africa multinationals often lower costs by cutting what they spend on labour. How do you explain this?

Multinational companies do like boasting about the number of jobs they create. At the same time, they neglect to provide information beyond the total number of those jobs. A good example is Shoprite Holdings Ltd, a South African company operating across the continent. In their 2017 Annual Report, they boast “we are the largest private sector employer in South Africa and a leading employer in Africa”, stating that they employed 143,802 people in 2017, with  6,027 jobs created that year (Shoprite Holding Ltd, p. 9). Such statements present a rosy picture to current and potential shareholders. When companies boast they are creating jobs and stimulating the economy we must ask the question “what type of job” was created
Companies such as Shoprite are increasingly employing a more flexible workforce through labour brokers. Such employees are not entitled to company benefits and can thus perform the same job as a permanent employee at a decreased cost to the employer. They are made to work excessive hours with low pay as they do not benefit from the terms secured by workers’ organizations, including maximum hours and minimum pay. When a company thus boasts that they are creating jobs and stimulating the economy the question must always be asked “what type of job” was created.

What kind of information did you collect through your research on multinationals in Africa, and how can it be used?

The research is first of all based on company information collected through desktop analyses, mainly from company annual reports. This makes it possible to identify revenue, profit, remuneration of senior executives and geographical expansion trends as reported by the company. These forms of reporting are, however, very quiet on issues relating to workers below director level.

As well as the company reports, we used the information collected and shared among unions. The LRS and FES TUCC has been helping Global Union Federations (GUFs) and their affiliates in such information sharing, with the aim of building cross-border alliances. Being part of such networks makes it possible to compare primary information relating to what is happening in the workplace. Showing these two sides of the coin paints a more accurate picture for unions to locate themselves when preparing their bargaining cases.

In the 2016 report, you present evidence of a huge difference in the remuneration for different categories of employees in the retail sector, with entry-level workers earning almost 2,000 times less than executive officers. What challenges have prevented the bargaining process from addressing this gap?

I think one of the contributing factors is that the public and workers can easily be misled regarding the true remuneration packages of executives in a company. The official salary only covers part of a senior executive’s overall remuneration package. It does not include additional benefits such as short-term incentives or long-term incentives, which are forms of bonus. The Shoprite CEO, for example, received a cash bonus of 50 million rand (US$4 million) one year. In such cases, negotiators can use the real, total package awarded to top executives to boost their position, and question any reluctance by management to award the requested pay rises to the lower-level workers.

What are the challenges to workers’ collective organizing in multinationals? How do these vary across the sectors you analysed?

Companies are constantly devising tactics to counteract organization in the workplace. One example is Massmart, a South Africa-based retail giant with outlets across sub-Saharan Africa. The company is majority-owned by US parent Walmart, itself renowned for anti-organizational approaches. Massmart has started targeting and dismissing union leadership within the workplace to weaken the movement. Through a Massmart alliance network, workers in the different countries where the company operates are being made aware of this tactic, and unions can start strategizing pro-actively. Unions play a pivotal role in revealing the realities on the ground and making this information available across countries.

How can this guide strengthen trade unions’ bargaining position?

Company information is a tool that unions can use to prepare for negotiations. For example, if a negotiator knows that the company had an increase in both revenue and profit and that it was able to award its CEO a 20% remuneration increase worth millions, it can reinforce their demands for increases in workers’ wages.
The guide also helps negotiators pick their way through some of the jargon of earnings reports. For example, a decrease in the profit growth rate is not necessarily a decrease in profit levels– it just means those levels are increasing more slowly than in the previous period. Understanding this would allow a negotiator to refute the argument from management that falling profit growth is preventing them from increasing workers’ pay – one that negotiators often face.

How can fair remuneration in your view benefit society as a whole?

Fair remuneration is a way of recognizing each other as equal human beings entitled to a decent standard of living, and sharing in the wealth created through combined efforts in a company. Within the existing global economy and the way in which multinationals are structured, humans are reduced to mere forms of production. They become an input into a supply chain in which lowered production costs are the primary concern. Companies do not consider whether the wage they are paying is sufficient for a person or family to live on.

Fair remuneration is a way of recognizing each other as equal human beings entitled to a decent standard of living, and sharing in the wealth created through combined efforts in a company.

Trade unions and their alliances are crucial to ensure that such behaviour is curtailed and workers recognized as people, as well as for their contribution towards profits. Broader alliances are further critical as companies take advantage of the global economy to exploit workers in different contexts. Fair wages should not only be an objective in the workplace but also across borders towards creating an equal world for all.

What aspects of the future of work are challenging the labour movement in its dealings with multinational companies in sub-Saharan Africa? How can trade unions grow stronger to fight these developments?

With technological advancements, companies will increasingly want to move towards a more flexible and generalized workforce. In the Massmart Alliance, unions recently reported how the company is starting to generalize job descriptions. A person whose job description used to be “cashier” would all of a sudden become a “general assistant”. We believe this has been done in part to make it easier to reallocate staff as part of cost-saving measures. For example, a worker employed specifically as a cashier would be better protected against losing that position to an automated checkout point, than one employed as a general assistant.
Workers and unions need to be cautious of such changes in the workplace and build the link to the broader supply chain, where companies might also be trying to cut production costs through technological and other measures. Unions are further encouraged to join GUFs and broader alliances to share information on how companies are approaching the fourth industrial revolution and ensure a just transition for all.
This interview was originally published by FES Connect. See it here.
RELATED RESOURCES