A just transition involves climate action that provides decent jobs and less hardship for workers and their communities.

The term ‘just transition’ is very broad, and trade unions might lack clarity about their role in the process. Unions in Sub-Saharan Africa (SSA) agree that a just transition should form part of their work. SSA affiliates of IndustriALL Global Union, surveyed by the Labour Research Service in 2019, came to an overwhelming consensus that knowledge capacity is needed to engage well with the topic.

Climate change is ‘the disruption in the long-term seasonal weather patterns caused by global warming’. In 2020, the average global surface temperature rose over 1 degree Celsius. That’s about eight times faster than the global warming that occurred after the ice ages.

Despite SAA’s rich fossil-fuel reserves such as oil, coal and gas, the region, which is one of the poorest in the world, has contributed the least to carbon dioxide emissions. With few resources available for investing in new energy production, it can be hard to justify a transition to renewable energy. But the reality is the impact of climate change is without prejudice. The least polluting countries are affected as much (if not more) as the most polluting countries. The bottom line is that the poor are the most vulnerable and will carry the heaviest burden. This provides a strong argument for a transition to a low-carbon economy.

Priorities in SSA differ from the Global North. Due to poverty, we have more pressing needs such as economic growth and employment creation. It is within this context that a just transition becomes justifiable. If approached right, a just transition will address environmental concerns and economic and social challenges.

Trade unions seeking a just energy transition path need convincing arguments for themselves and others. The process starts with adopting a transformative definition for a just transition. Just transition definitions are wide-ranging, including reformist in which jobs are protected. The broader status quo is a transformative approach in which the root causes of inequality are challenged.

1. Sub-Saharan Africa contributed the least to climate change but will be affected the most

Through globalisation, the Global North has benefited at the expense of the Global South. SSA has high levels of poverty, unemployment and poor conditions of employment. Although the region has contributed the least to global energy consumption, it is one of the most vulnerable to the effects of climate change. A just transition creates the opportunity to protect communities and livelihoods from natural disasters through diversified clean energy provision.

2. There is an energy crisis in Sub-Saharan Africa

The energy crisis in SSA is huge. More than 60% of the population does not have access to reliable energy and the situation will become worse. The crisis creates a unique energy context requiring specific energy needs.

Number of people without access to electricity, in 2012, across different African countries and regions

The development of fossil-fuel energy hasn’t achieved provision for all. Lack of generation capacity, absence of grid infrastructure, regulatory obstacles, revenue shortfalls and population dispersity all contribute to the failure of the current centralised system to address the energy gap.  Hydropower is the main energy source for many of the SSA countries. Climate change-related droughts could threaten the stability of hydropower as an energy source. Diversifying the range of the available renewable energy will avert absolute energy crises in countries.

4. The poor are paying the highest price

The poor pay the highest price in an energy crisis. Women are particularly vulnerable because they are responsible for household tasks that become more demanding when there’s no power and modern appliances.

5. The lack of clean energy causes the deaths of many people

Due to extreme energy poverty, 80% of the population use open fire cooking and other traditional biomass forms of energy. Consequently, 600 000 women and children die every year due to biomass pollution. Biomass pollution could overtake malaria, HIV/AIDS and tuberculosis as a cause of death.

6. The lack of energy is negatively impacting service delivery

Service delivery, for instance, in the health and education sectors cannot be done optimally without reliable energy sources. Adequate access to energy would prevent many deaths, improve academic performance and gender balance in schools. 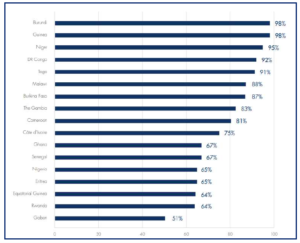 “Southern African societies are dominated by female-led households. Therefore, limited access to energy and the energy crisis affects women the most. Interventions in the energy discourse to overcome the prevailing energy poverty and ensure energy security, are therefore expected to benefit women the most.” ~ SAEN, 2013

8. There is a convincing economic case for a just energy transition

The overall cost of renewable energy has decreased due to the improved technologies. A strong business case for renewable energy is based on the abundance of resources and lifetime costs. While renewable energy solutions need massive capital compared to fossils, the operational costs are less because they use free fuel.

Employment in fossil fuel industries has fallen due to a decline in global demand and the impact of technology. The decrease in jobs has also meant the erosion of workers’ rights globally. There is a strong argument that renewables could create the same number of lost jobs if not more. Jobs in the renewable energy sector have the advantage of being “clean” (with fewer health implications). Unions have the opportunity to establish workers’ rights in new industries.

“Greater production of fossil fuels has not resulted in concomitant gains in employment in the sector either; new technologies allow companies to produce the same amounts of fossil fuel with fewer workers. Repression of worker organising in this sector also appears to be on the rise.”  ~ Trade Unions for Energy Democracy, 2012

10. Without a just transition, a capitalist version of mitigating climate change will continue to exploit workers while failing to reach sustainability goals

Given the urgency and size of the climate change crisis, renewable energy presents a very lucrative business opportunity within a market-based economy. The competition for profits reaches across national borders. Energy must remain a publicly owned good protected by policies that promote the rights of all citizens. Priority should be localising the renewable energy value chain and ensuring fairness to all promulgated within a just transition.

To know how these arguments should best be presented to build a convincing trade union advocacy campaign, read: Defining a Just Transition for Sub-Saharan Energy Workers – A discussion paper of the Sub-Saharan Africa Energy Network. 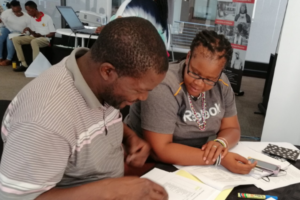 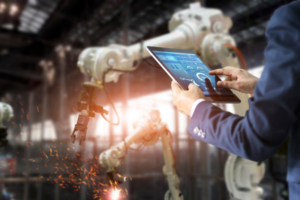 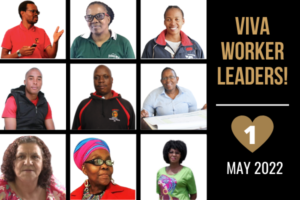 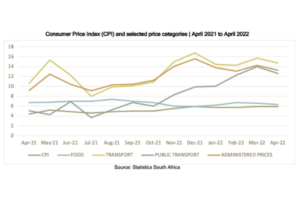