Future of work dictionary: The worker leader’s guide to the jargon

Future of work dictionary: The worker leader’s guide to the jargon What do we mean by ‘industry 4.0’,  ‘future of work’,  ‘fourth industrial revolution and ‘gig economy? Know the key terms in shaping and negotiating the future of work:

The Future of Work

This term is often used as a blanket term to talk about all the technological and social changes affecting the world of work. The OECD defines it as “globalisation, digitalisation and other megatrends” that “bring radical shifts to how we live and work”.

Within this framework, we can ask questions about what skills are needed for jobs, the quality of these jobs, the social assistance available should we be unable to work and what role we play in shaping these outcomes. A gig economy is a labour market system in which temporary positions are common and organisations contract with “independent” workers for short-term engagements. The gig economy is usually understood to include chiefly two forms of work: “crowd work” and “work on-demand via apps”.  Examples include Uber, Airbnb and Fiverr. Domestic workers often work on a gig basis, whether placed through a digital platform or word of mouth. 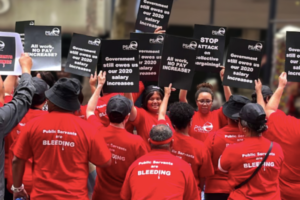 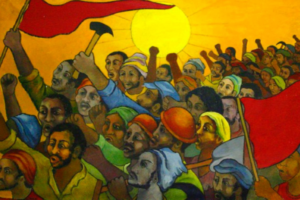